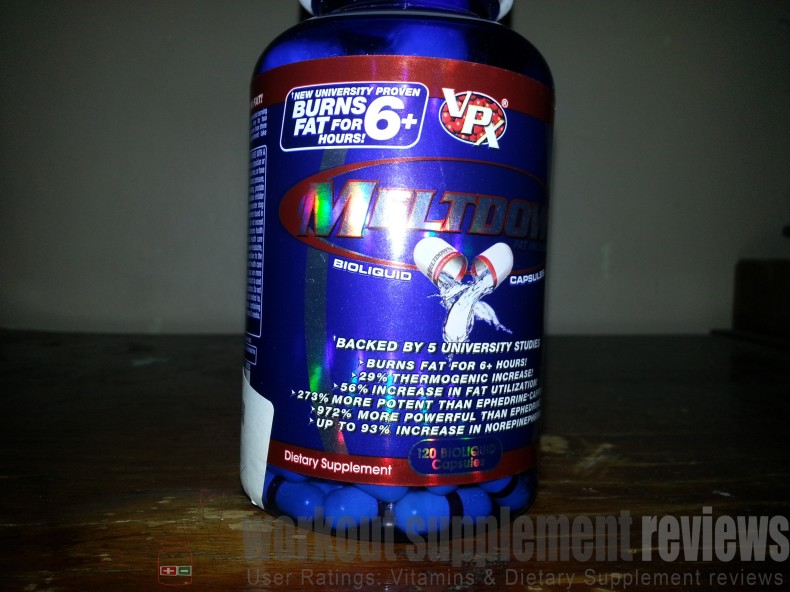 Burning fat is not rocket science, it comes down to a few simple truths. However, even if you understand what you’re doing and have the determination to see good results, you will still be limited by your body’s natural abilities and genetics. That’s where fat burning supplements come in.

Fat burners help you to get the most out of your metabolism and really squeeze every last drop of performance from your body. And when it comes to burning fat, few products are on the same level as VPX Meltdown in their quality. Meltdown is one of a few that had specific studies done to really prove it’s effectiveness.

It’s all about the energy & thermogenic effect produced, owing to the fine balance of ingredients – this isn’t just a random mixture of caffeine and ephedrine, like what many other manufacturers are doing. And the final result is noticeably stronger and more pronounced than any supplement using those ingredients too.

It’s not unrealistic to expect energy boosts up to 10 times as powerful as the ones you get from using ordinary caffeine-based supplements, and VPX Meltdown additionally allows you to sustain that effect for much longer as well. Taking one pill on an empty stomach immediately after waking up will boost some serious energy.

Seriously – you feel ripples of energy coming in and really feel awesome and wide awake!

One thing that I noticed while on this product is that my heart rate was going much faster than normal, and even faster when I was doing cardio. So if that worries you at all – I’d leave this supplement alone for obvious reasons.

Bear in mind that you’ll need to keep yourself properly hydrated during the the day. Always have a bottle of water with you.

A common problem of using fat burning supplements is that they can tip the balance of your appetite the wrong way if they deprive you of certain nutrients. I have to say I was not looking for appetite suppression while using Meltdown, and I know that most fat burners suppress your appetite to some extent, but this one did not at all. I was getting hungry just like when not using Meltdown, so if I had bought this to help suppress my appetite then this aspect would have been a disappointment. But I purely bought this for energy
and it really delivered on that front.

As with any dietary supplement that boosts your energy levels, you can expect some positive side effects such as an elevated mood and increased ability to focus. Interestingly, those effects were not as pronounced as with certain other brands that I have tried in the past, but I wouldn’t really call that a negative factor for VPX Meltdown; the increased focus was still there and definitely noticeable, while remaining in a stable mood state was not as challenging as with other products.

VPX Meltdown is an interesting fat burning supplement which may take some time to get used to, but the potential for changing your diet and training habits is huge. You’ll never want to go back to traditional caffeine/ephedrine supplements again after trying this, as in the end, you’re getting more or less the same level of benefits, only with a significant decrease in the strength of various negative side effects. It’s a must-try for anyone that is looking for energy boosts.

I honestly think that this product is better than a bunch of pre-workouts I have tried, using this as a pre-workout is just awesome. 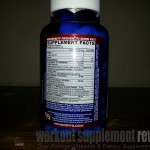 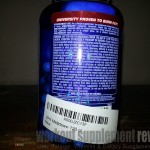 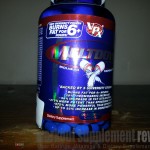 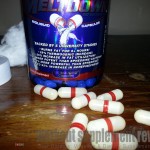 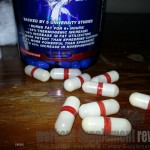 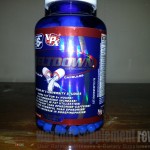 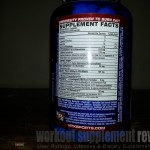 What Is 1, 3 Dimethylamylamine & Is It Safe?
Be the first to comment!
Leave a reply »