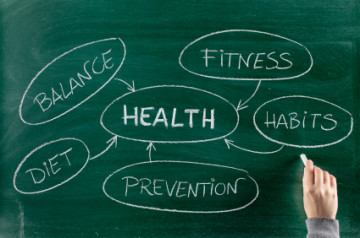 OK, so I’m writing this from a bodybuilding point of view, but anyone could try these ideas out.

First though before we get into it, I write as I speak, rather than using a technical approach. So forgive my informal conversation style but it’s the only way I can write. Normally I do tend to swear quite a bit, but since this is going on someone elses website, I won’t, lol.

So there are many diets out there, more than you can wave a stick at. Which one is best? It’s all rather confusing trying to choose one, and I have to admit something here, I get confused myself! There’s so many experts all with a Phd behind them, and yet many have completely different opinions and seemingly endless research to back up those views.

Anyway, today I’m gonna try and get at least something into this article that makes some reasonable sense, to me at least, lol.

Here it goes then, I suppose it depends on your Goals – Weight loss / Muscle Gain / Health – or even a combination of all three. We all want that don’t we!? Hmm, no actually. When I was younger all I was concerned about was building muscle – I couldn’t have given a flying ‘you know what’ about the health part. I’m older now so I don’t try and give the Grim Reaper the middle finger so much.

Weight loss is simply “calories in, calories out” – that’s what we are told anyway, and yes that’s the basics of losing weight. But then we all know that! Here’s some food for thought (excuse the pun), I’ve heard it said there’s a thing called ‘muscle memory’. Again I should think many of us have heard that too. So how about ‘fat memory’?

Is there such a thing. Well I kinda think there probably is, because people who have a weight problem seem to be able to put any weight lost back on real quick if they slip with their ‘diets’. So perhaps there’s some truth In that. The bodies fat cells have ‘memory’.

If you stay at a particular weight for any great length of time, I believe the body gets used to being that size, and that’s the main problem!

We have a survival mechanism. If we trigger that our body will do everything it can to slow things down, that’s why losing weight on a crash diet will normally slow right down after a couple of weeks. Guess what, you have triggered that survival mechanism! Your body now thinks you’re starving to death – never mind how much weight your still carrying – weight loss will drastically slow down to ‘keep you alive’.

Right then, so I said diet depends on your goals. So how about if we could all try the same sort of diet! One that covers all three goals. Thank God, I’ve now got everybody interested… lol.

I would always start with protein. Now let’s add in a random body weight figure, 200lbs say, that’s just for an example. Your ideal body weight, your goal, now if it’s a weight loss thing you wanna get down to that. Or it’s a bodybuilding goal, to get up to it. But we can use the same approach.

If you wanna weigh 200 lbs, then eat the amount of protein that a person of that size would need – 1 gram per pound of body weight daily. Yes people argue over that! But its a figure that’s been around for decades, so tough I’m using it.

People who are overweight I strongly believe should be using weight training as their main exercise. Why? Because if you’re building muscle, your body is in an ‘anabolic state’ (building up in other words), and you are far less likely to trigger the bodies survival mechanism if you are building muscle!

Plus, the more you have, the more calories you will burn. Along with that fact, consuming protein also puts your body into an anabolic state – this will make more sense as we get further into this.

Most people should get at least 8 hours. But what happens during those 8 hours? Well, we repair ourselves for a lot of it, but also we aren’t eating are we, so by the end of it we are in a ‘catabolic’ state (break down mode). Why? Because we haven’t eaten anything! Probably 8/10 hours have passed since we last ate – yes it does take several hours to digest that last meal, but not all night.

When we wake up our bodies are catabolic, and what is it that triggers us to be anabolic? Good old protein. So why would you wanna eat a low protein high carb breakfast – doesn’t really make sense does it?

The sooner you become anabolic after waking up, the better off you’re gonna be, from a weight gain or weight loss / health point of view.

We can run quite happily on fats. Although of course healthy fats mainly would be best, although we all need some saturated fat for hormone production. And what exactly is fat anyway? Well it’s basically stored energy – when you take in carbs you’re basically running your body in storage mode.

When you think about it, there is lots of proof of this. We are told that after a workout we should take in fast simple carbs to refill the muscle glycogen stores. Spiking insulin helps with this. Insulin is basically a storage hormone used by the body to partition / store away excess carbs. So when high amounts of carbs are present, you are in storage mode, not fat burning! Is a breakfast high in carbs a good idea? LOL, I think you get the idea.

In the morning your muscles are more than likely to be still full of glycogen, probably also the liver will be as well. If you’re not training first thing or you don’t have a hard manual job, then a high carb breakfast will probably just be stored as fat.

My suggestion is a high protein / high fat breakfast. Then through the day keep your protein intake on the high side and around training / exercise time, then introduce more carbs – the highest amount after training – followed by more protein. And of course use plenty of veg and healthy fats with every meal. Coconut oil is a fav of mine, both for cooking and an ingredient.

I’m not going to get into supplements here other than to say whey protein powder high in the Amino Leucine is probably your best bet as Leucine kick starts protein synthesis (or build your own custom protein powder mix). I would also add in digestive enzymes with every protein shake and also each meal. I could go on about supplements more, but that’s for another time.

The whole diet subject is a huge one – I’ve just outlined a few points for you to consider. I hope you enjoyed it. Let me know your thoughts below.

What Is Ketosis And The Ketogenic Diet
Be the first to comment!
Leave a reply »